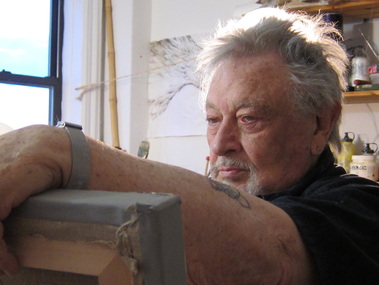 Knox Martin was born in 1923
in Barranquilla, Colombia. He was the son of the aviator, painter, and poet William Knox Martin, the first man to fly over the Andes mountains.

After serving in World War II, Knox
Martin attended the Art Students
League of New York on the G.I. Bill
from 1946-1950, where he studied
with Harry Sternberg, Vaclav Vytlacil, Will Barnet, and Morris
Kantor.

In 1954, Knox Martin's friend Franz Kline placed a painting of his in the Stable Gallery Annual.

Charles Egan of the renowned Charles Egan Gallery saw Knox Martin's painting at the Stable Gallery and asked Martin to show his work in a one-man show for the tenth anniversary of the Egan Gallery.

Since then, Knox Martin was a celebrated painter, sculptor and muralist. Knox Martin had an extensive exhibition record and his work is in museum, corporate and private collections worldwide. His two best-known murals in NYC are Venus and Woman with Bicycle. Knox Martin was the recipient of many grants and awards, most recently the Benjamin West Clinedinst Memorial Medal, awarded by the Artists’ Fellowship “for the achievement of exceptional artistic merit.”

​"Art is at its cutting edge out of a specific lineage - the creation of reality. The subject matter of what I do is Art."
-Knox Martin
​ 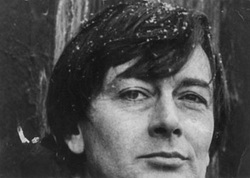 Photo: Minoru Nizuma
The work of the last few years would not be possible without the love and patronage of the artist Karon Johnson.